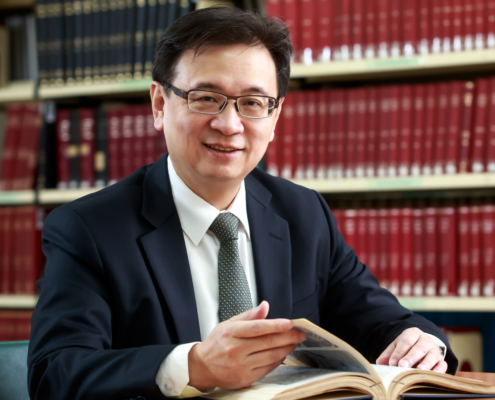 Find more about his research: HERE

This research provides evidence that thrombin is indeed involved in triggering inflammation in human lung cells through a cascade of biological signals. The findings showed thrombin activates the Akt pathway, which led to the phosphorylation of mTOR and p70S6K proteins. Consequently, a complex is formed between p70S6K, p300 (coactivator) and p65, which binds to the nuclear factor-κB (NF-κB). The activation of this NF-κB signaling pathway then induces the release of IL-8/CXCL8 in human lung epithelial cells, causing inflammation and thus confirming the critical role of mTOR and p70S6K in thrombin-induced human lung epithelial cell inflammation.

Although thrombin is commonly known for its function in blood clotting, studies have also shown that it plays an essential role in chronic lung inflammatory diseases. Previous studies have also reported that IL-8/CXCL8 (inflammatory chemokine) secretion is abundant in lung epithelial cells of asthmatic patients. However, the mechanism of thrombin stimulating the release of IL-8/CXCL8 was still unknown. Similarly, the roles of mTOR and p70S6K in the Akt pathway relating to the release of inflammatory chemokine when exposed to thrombin were also unclear. This research highlighted the pathway linking thrombin to the release of IL-8/CXCL8, in which, both mTOR and p70S6K were significantly involved. Hence, the findings provide a potential therapeutic target to treat chronic airway and lung inflammatory diseases.

WHO reports over 339 million people are suffering from asthma globally, among which are mostly children. As of now, there isn’t any cure for it; instead, inhaled corticosteroids and appropriate management are commonly prescribed to control the progression of the disease. The research demonstrated the link between thrombin and the signaling pathways leading to lung inflammation. This could be used as a potential building ground for suitable drug development to control or even cure asthma. The significance of the findings complements the targets of the UN’s SDG 3: Good health and well-being, strengthening health research development to reduce premature mortality from non-communicable diseases like asthma.
Click to original paper

For more information, contact Office of Global Engagement via global.initiatives@tmu.edu.tw.